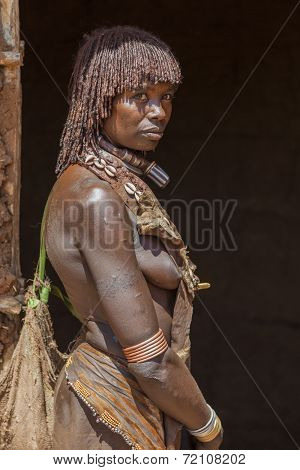 And the appearance of the annoying double growths, a triple ‘No No No.’

As an 11 year old, the thought of waking up to find hard funnels stuck on my chest traumatized me. And as little girls growing up, the possibility of having our chests expand into two pointed peaks was a daily dread.

We wanted to grow up but not grow breasts.

The forward falling peaks attracted bullies of the male kind.

We watched in tyrannized shock as big boys in our classrooms, timed unguarded moments to lunge at the unsuspecting girls.

Numerous times my eyes caught boys pinch and twist the pointed peaks. And the girl languished and winced in subdued humiliation!

The boys took off in triumphant giggles and chortles.

To me, it wasn’t’ just a ‘dare me’ venture pinch but an undeniable violation of bodily intergrity. 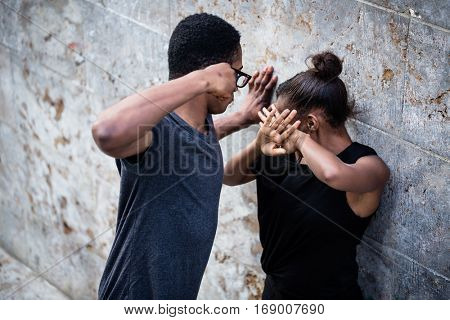 Two years later the painful eruption of boil like, blobby tits, hit like white live electric fire. The two spots had to be protected by all means necessary from bully boys.

I hid the interfering globe pop -ups like precious gold. Away from prying eyes and pinching nails.

I hid under big baggy sweaters and under tight shirt school uniforms we found a way to flatten the stubborn things.

I’d seek to tie flat clothe ropes across the chests to press them in, hahaha just so they looked flat.

But did you know this monster fear of male bullies has led to parents, especially mothers taking drastic action against their daughters? 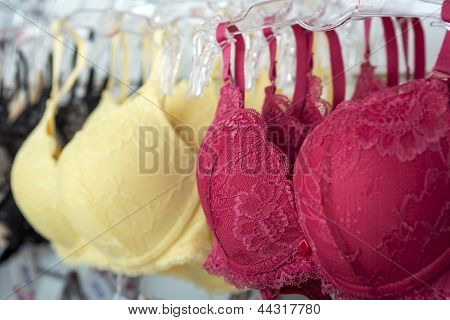 Bras were a No No.

The cupped funnels belonged to old women. Our mothers. I wanted no association with the extra clothes on the chest. It’d fluff out and everyone would know my secrets. 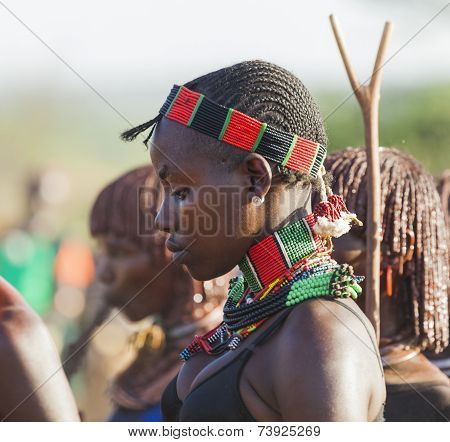 Bras cause skin cancer,don’t sleep in them, wash them everday,don’t wear black ones, oh don’t stuff them into the wired bra…

So we did what they advocate for now. Bras signalled entry into the forbidden world of women sex and maturity. Big boobs were connected to sex, so the bigger, the more sex you were having.

Who wanted a scandalous sex history by just looking at the chest?

Bras were dreaded like that but let me inform young girls of today bras do not contribute to boobs sagging early in life, nor will a bully’s touch of your chest enhance its size! 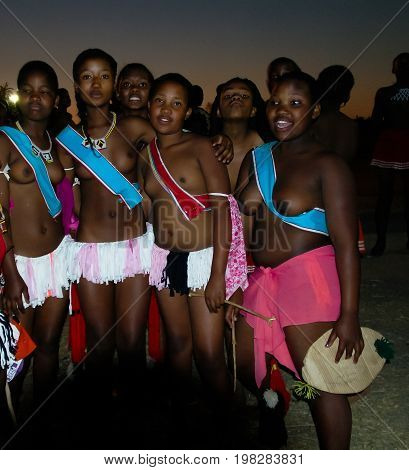 And so we have African cultures that delight in boob parades in name of celebrating culture. Thousands of adult make eyes fill up stadiums to leer at little underage girls, ogling at the shining fistful thrusts of nascent boobs.

Gross abuse! In the name of culture.

In the same vein, men do not select a day to come and display the sizes of their pe….. for all and sundry to make comments and finally offer a ‘pick me up’ for best show display.

It doesn’t look nor feel right. Even the King of Swaziland needs attempt parading his own daughter and see another man walk off with her.Then he’ll know its a weighty matter.

When you’re born a girl in such cultures, it’s a dreadful day to be dreaded.

When you hear comments go on around you:

“This too small.” Haha

“These long types are in love with the force of gravity.” Hehe

And on and on snide remarks are thrown about.The verball troll ruins a girl’s self esteem and stays with them a lifetime because the whole word has seen what you’ve got.

I see powerlessness. I see sexual and emotional abuse by the powerful.

These impressionable girls have it rough when the body or boobies is all it takes to live in a palace!

Nobody feels very much confident when naked and exposed. You are always trying to hide things. The imperfections.

How much more when you’re passed over in the name of boobies?

It beats logic when semi nude public parades are made in the name of ‘honoring girls’ and in the same breathe with wanton abandon, a father figure, a leader of his own people pulls out one nubile virgin to ravish her virginity !

With public outcry or protest and wihout her consent!!!

A girl just halfway through her education, dreams and desires to have it all thwarted like that?

Arrgh! Makes me so angry!! 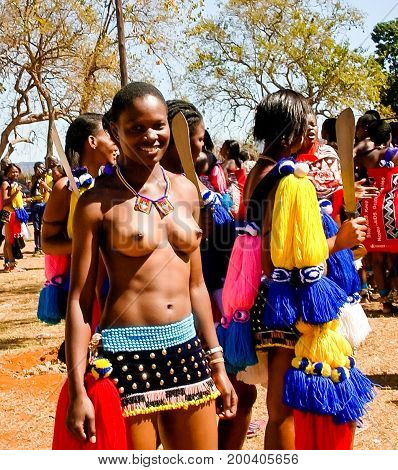 Truth be told. Every time you look at boobs you can’t help forming an opinion about them. It’s either negative or positive.

Times change have changed and culture has never been static.

Let’s not reduce the head of a nation to a sex purveyor of pervert.And steer our daughters away from being fronted as sex objects. No matter they say. 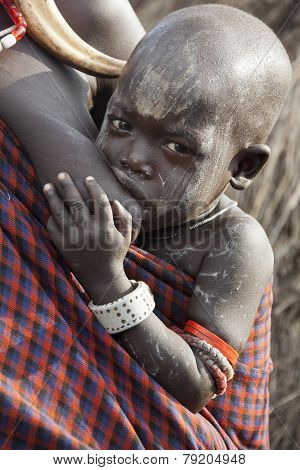 While breastfeeding doesn’t fall in a public parade discomfiure. Common decency demands you cover up the private parts of your body when in public. Boobs included.

Spare the girls these male games of perversion. 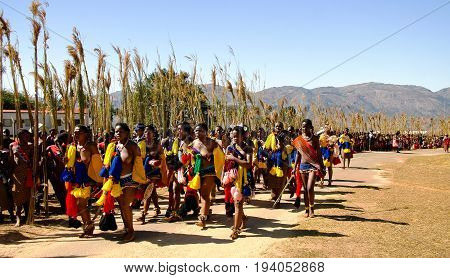 Why should I be forced to parade for your opinion on my boobs? 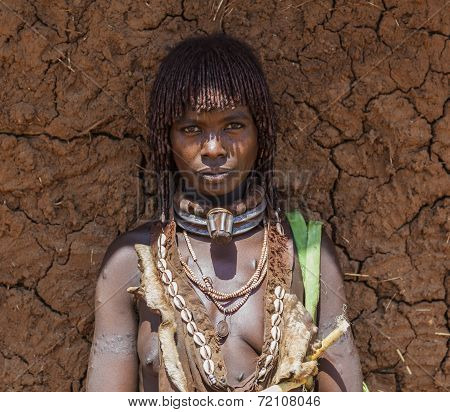 Beauty is measured in various ways and means.

No wonder many societies opted for a topless existence for their women.That way she’d get measured and mentioned for her beauty. And her family or husband benefitted from family praise.

In our communities a saying goes.

“Beauty comes at a cost of pain.”

Whether piercing ears with long dry acacia thorns. Undergoing the traumatizing FGM or knocking out 6 of your lower canine teeth!

The pain as real as touching of your skin. 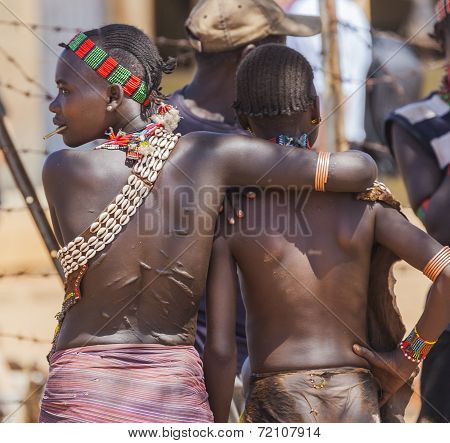 Scarring skin was a form of beauty application.

Women ‘Lacerators’ waited for the arrival of  your boobs with ululation.

Using razor thorns, razor, lye, salt and sharp objects they made incisions and tattooed round the delicate skin and most sensitive of breast skin.

Blood rushed out, dripped and fell on the ground. 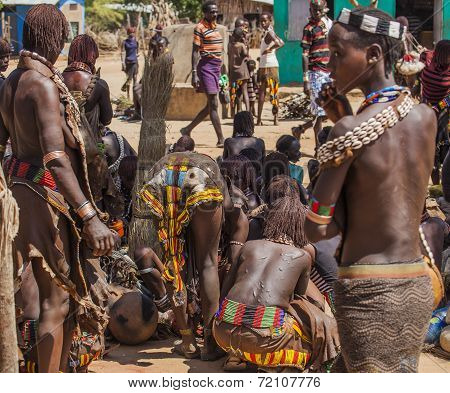 The pubescent lay motionless,pain pressed into the ground by the older stronger.

Don’t be fooled by the ‘love’ for cultutre and preservation. In those moments of agony, small girls kicked, screamed yelled, farted, pooped to still the pain

And some girls died.

And some died today.

Who came up with such crazy pain?

I write lived experiences and encounters. I write straight from my heart. I pour my thoughts, observations and nuances with black ink on white sheets of webpages. My thoughts and conclusions are my own. If they lead you to think, change or laugh about a thing or two, then I have lived my purpose- to influence positively. This page is dedicated to all Kenyan Mothers and Girls, and to Fathers because daughters are borne of them and to Boys, who call them sisters. If I discover anything out there that will enrich your life or provide income or improve your overall well being, I'll bring it here. It may get personal, but learn and have fun, afterall who celebrates us but us. Who fights for us but us.😇 View all posts by DailyStrugglesOfKenyanMama